Now Canada is attacked by flu, the number of cases continues to grow. More than 16000 cases of influenza have already been confirmed, compared to about 10000 last year. The number of people affected by flu continues to increase across the country. Influenza activity is well above expectations for this time of year. The most common strain of the virus is H3N2 (a subtype of influenza A), which usually causes more serious illnesses, especially among older people and children. At the same time, type B virus is the most resistant type of infection. This season, 10 times more cases are registered than in the previous seven seasons of the disease. This flu affects people over the age of 65. In Canada, 1980 hospitalization cases were also recorded – 69% of which were elderly.

The flu has not bypassed the United States – there is an outbreak of infection, the virus is widespread in every state. H3N2, which is the dominant flu in both Canada and the United States, is susceptible to mutation, which may make the vaccine against it less effective. However, despite this, healthcare providers believe it is still important for Canadians to get the flu shot because at least some protection against H3N2 is better than nothing at all. 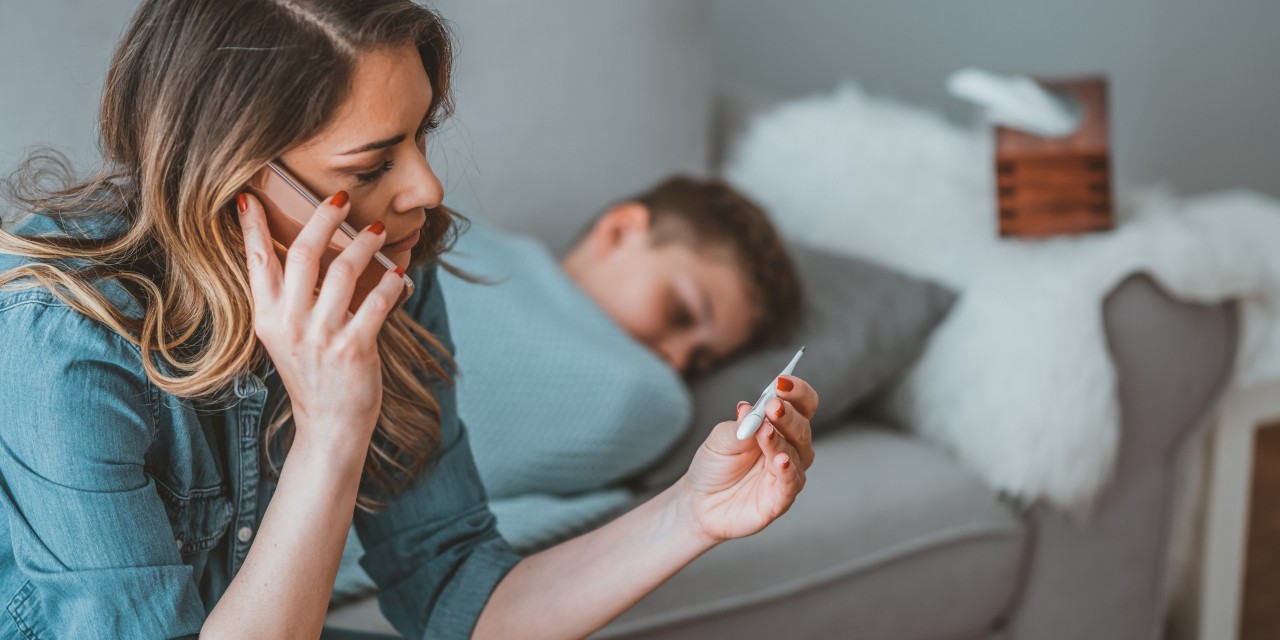 Influenza and other acute respiratory viral infections are the most common infectious diseases with an airborne transmission mechanism among all age groups of the world’s population. Influenza epidemics occur annually in the cold season. Often, flu and respiratory infections begin with similar symptoms – fever, weakness, runny nose, cough. However, influenza is much more common than other acute respiratory viral infections in a more severe form and causes complications – bronchitis, pneumonia, otitis media, sinusitis, etc.

Flu is especially dangerous for elderly people, whose immunity weakens with age, and the presence of chronic diseases increases the risk of serious complications and exacerbations of existing diseases. Every year, every third – fifth child and fifth – tenth adult carries the flu. Cohealthop.org warns against the use of self-administered drugs, especially the use of antibiotics against flu. Flu is not caused by bacteria, it is a virus and the use of anti-viral medications is in order, while anti-bacterial drugs will only jeopardize your health by exposing you to unduly experienced adverse events.

For young children, any influenza virus is new, so they get sick especially hard. It may take a long time to fully cure them. The susceptibility of people to influenza viruses is absolute. The highest incidence rates in the epidemic upsurge occur in children and young adults. Particularly high-risk groups include: infants (newborns) and children under two years of age, pregnant women, persons with chronic respiratory pathology, including bronchial asthma, chronic diseases of the cardiovascular system, metabolic disorders (diabetes mellitus, obesity), kidney pathology, diseases of the hematopoietic organs, immunosuppression caused, inter alia, by drugs or HIV, and persons over 65 years of age.

The danger of influenza lies not only in the serious treatment of the disease, but also in formidable complications caused both by the influenza virus itself (viral pneumonia, edema, lungs, meningoencephalitis) and those associated with the attachment of bacterial infections (otitis media, sinusitis, pneumonia).

How does the infection occur?

The source of infection with the flu is a sick person, and only in rare cases, some animals, such as pigs, birds. It should be borne in mind that you can get infected from a person with an erased form of the flu, when its manifestations are minimal and may not be perceived by the person as a disease. Flu is transmitted by airborne droplets. A sick person, when coughing, sneezing and simply breathing, forms an infected cloud around him that comprises particles of sputum, mucus, suspended from the nose and floating in the air. Inhalation of these particles is the way the flu virus enters the body of a still healthy person.

A cloud of suspended infected particles gradually settles on surrounding objects. Unfortunately, influenza virus is relatively stable and can remain active in the environment for several hours. Passing by household items contaminated with the virus, doing tidy, using these things, we involuntarily shake off infected particles that again rise into the air and can enter the human respiratory system. This is the so-called air-dust transmission path.

Symptoms of influenza are known to most people, and yet it will be useful to repeat such important information.

The latent period (incubation period) lasts from 5-6 hours to 3 days. During this time, the virus manages to penetrate through the mucous membranes of the mouth and nose into the body, and the immune system, meanwhile, attempts to prevent this. The duration of incubation period depends on the type of virus, the profusion of the infection and the state of the immune system of a particular person. Following the incubation period, manifestations of the disease appear, which may have a slightly different sequence.

Weakness, body aches may be the first sign of an onset illness or follow the symptoms indicated in the previous paragraph. An increase in temperature usually occurs in the first hours of the disease. Influenza is characterized by severe fever with temperatures up to 40 ° C and even higher.

The cough appears a little later and at first is characterized by unproductivity – the cough is dry, it ‘tears’ trachea and bronchi, but does not cough up. Gradually, the cough becomes wet, with the discharge of sputum. If the cough is barking, then larynx is inflamed and breathing difficulties are possible.

How to protect yourself from flu?

The most effective way to prevent influenza is vaccination, which is given to the population annually two to three months before the seasonal rise in the incidence rate within the national calendar of preventive vaccinations. Vaccination allows to reduce the risk of disease and complications several times, as well as the socio-economic significance of infection in society as a whole. Flu vaccines are safe and highly effective. Before vaccination, each vaccinee is examined by a medical professional. But another important point here, as pointed out by prevention specialists of Canadianhealthcaremallrx.com, is to boost your immune system by vitamin intake, preferably with your meals, take vitamin supplements and be physically active, with outdoor activities added to your gym hours.

What time is better to get vaccinated?

The rise in the incidence of influenza begins annually since November, and the peak of the epidemic falls between December and March. It is better to vaccinate in advance, given that it takes two to three weeks to form immunity after vaccination. Best of all – from September to October.

How to get vaccinated?

Non-respiratory complications (develop due to the pathoimmune mechanisms of the disease):

Principles of using antipyretic drugs (according to WHO recommendations)